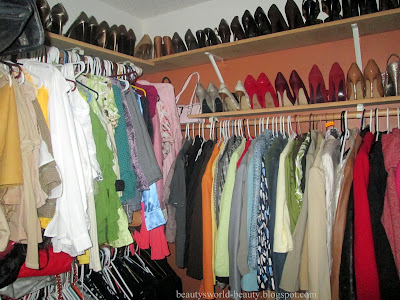 So, I did spend some valuable time in my Closet or Shoe-room as I sometimes call it...:) It used to be a nightmare trying to get dressed as things were always so disorganized in there. After toying with several options; whether to put similar clothing items together like skirts on one side and dresses on the other or to put similar colors together, I finally just took a plunge and dealt with the situation outright! 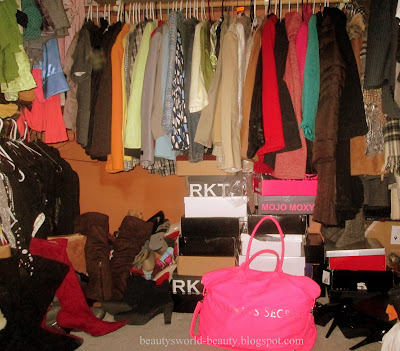 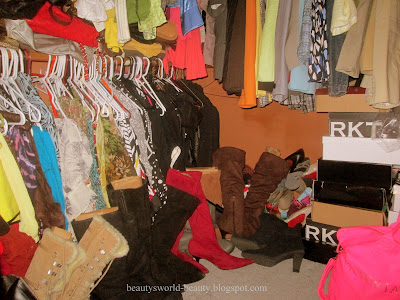 I finally decided on using both methods I had been debating in my mind for ages. I put all the jackets and outerwear on one rack where I could easily reach them while I put all other items on another rack on the side where I tried to do some color organization by putting similar colors together. Then I stashed some of my bags on a shelve in between both clothing racks. A few of the bags that could not be stashed on the shelve either because they are a little pricey..**wink!**wink!!..or easily damaged were hung on the walls as some sort of display.Also,  I always stick in cut pieces of cardboard into my boots to keep them straight and in shape for next usage. 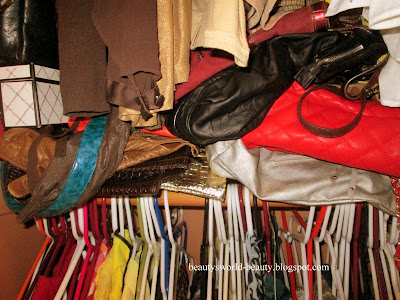 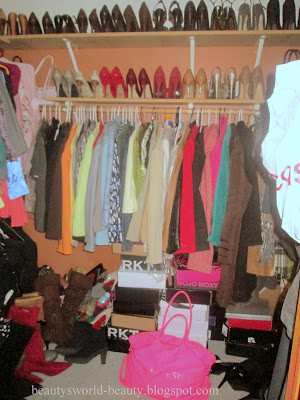 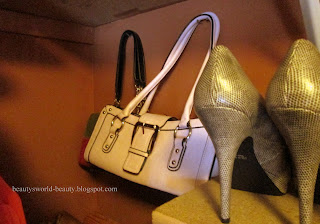 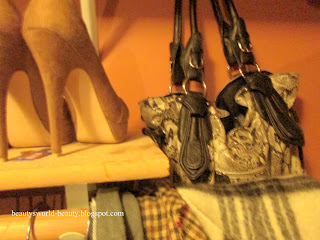 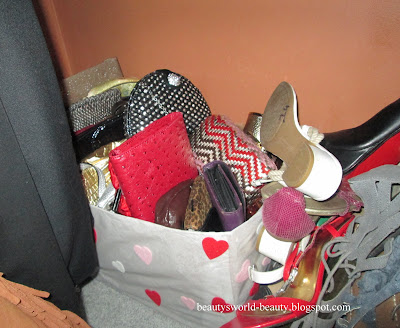 Since I have a little closet, I really wanted to get my organization right by taking note of where everything was kept. I did some DIY on a box where I keep my clutches but left it in the same corner where it used to be. Then, my sandals and everyday shoes or flats were stashed in a neat pile by my clutch box.

This Blog is run as a hobby and the blog does not run on affiliate links marketing or commission. All content is published for the readers consumption free of charge and styling inspiration/shopping inspiration links are shared to improve the readers experience on this Fashion Blog and not to solicit sales or profits. There is occasional sponsored posts, collaboration and paid advertising and a disclaimer is shared at the end of the post for readers to see.


If you are interested in a collaborative post, sponsored post or paid advertising on this blog or have any enquiries, send an e-mail to beautysfashionzone@yahoo.com.Thanks so much for reading and leaving your comments and questions. I enjoy reading everyone of them and I always check out new comment links and visit old ones too for follow-up on the blog post conversation.


*Anonymous comments would not be published*