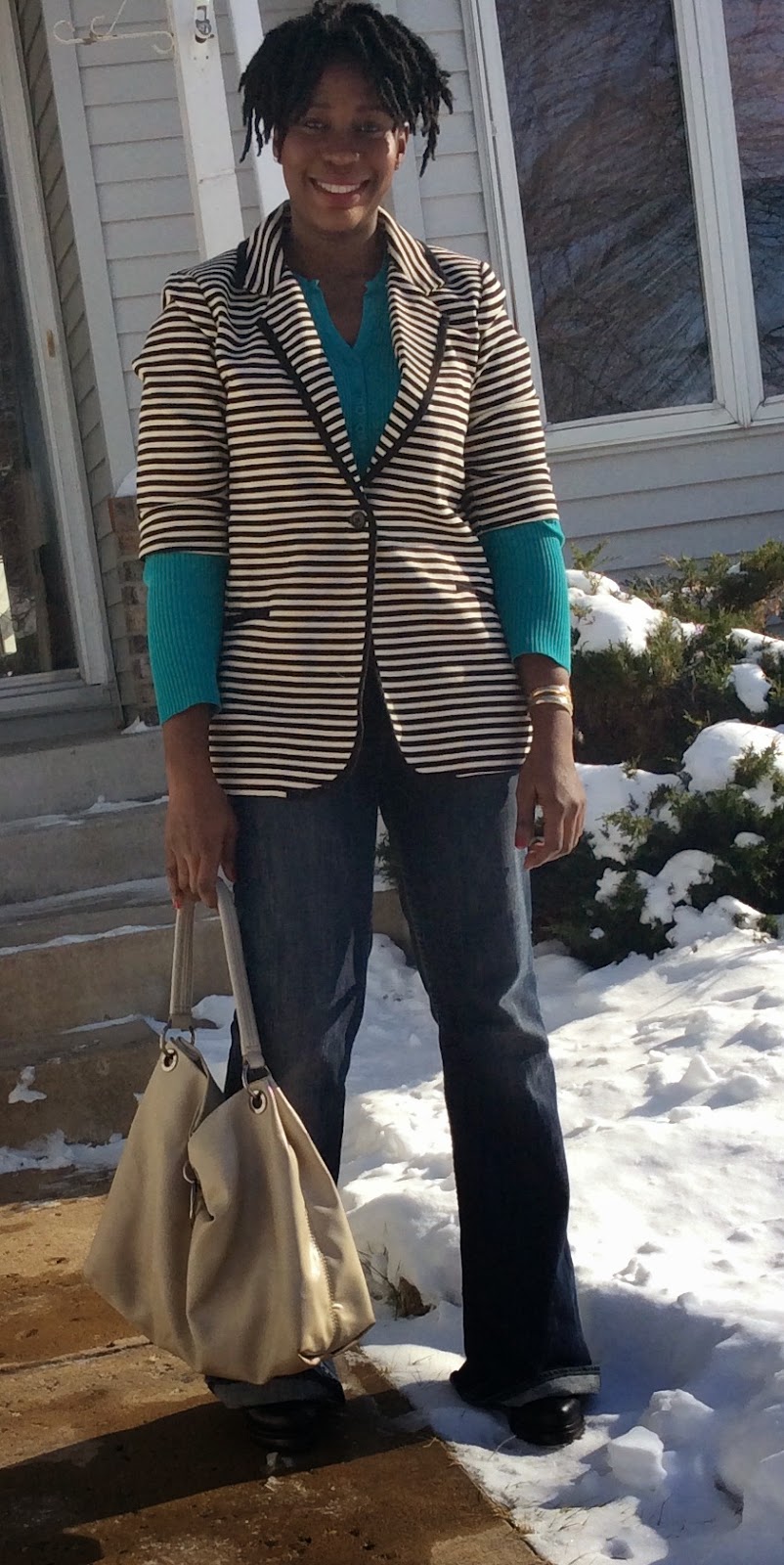 Hi Friends, thanks so much for stopping by here today. I hope the weather is beautiful wherever you are. We are experiencing some calm in the twin cities right now although there has been some snow flurries here and there but nothing major compared to the storm that we experienced earlier on in the week. There is about two to three inches expected tomorrow though and that means the winter is officially here in MN. **Yep!!** 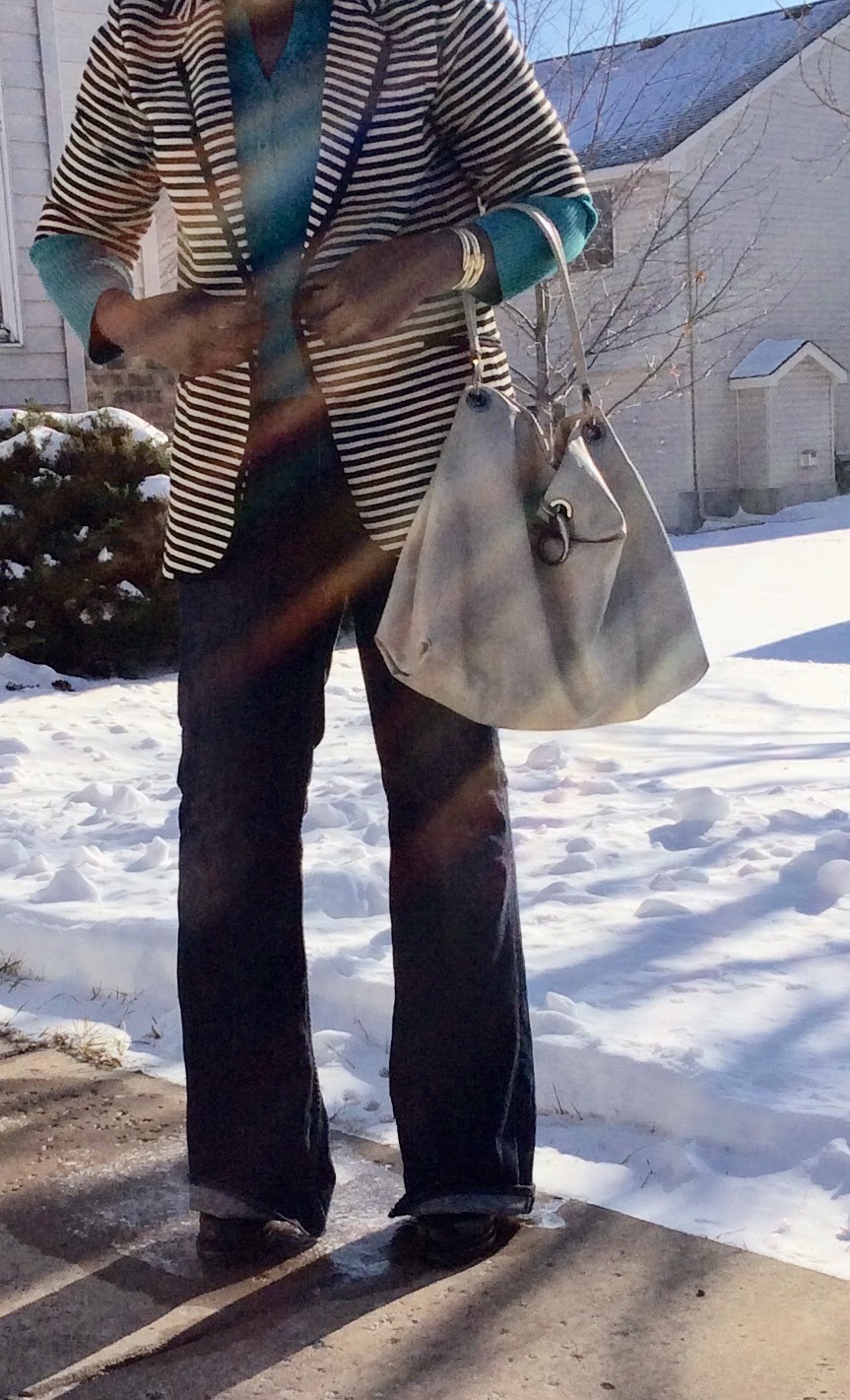 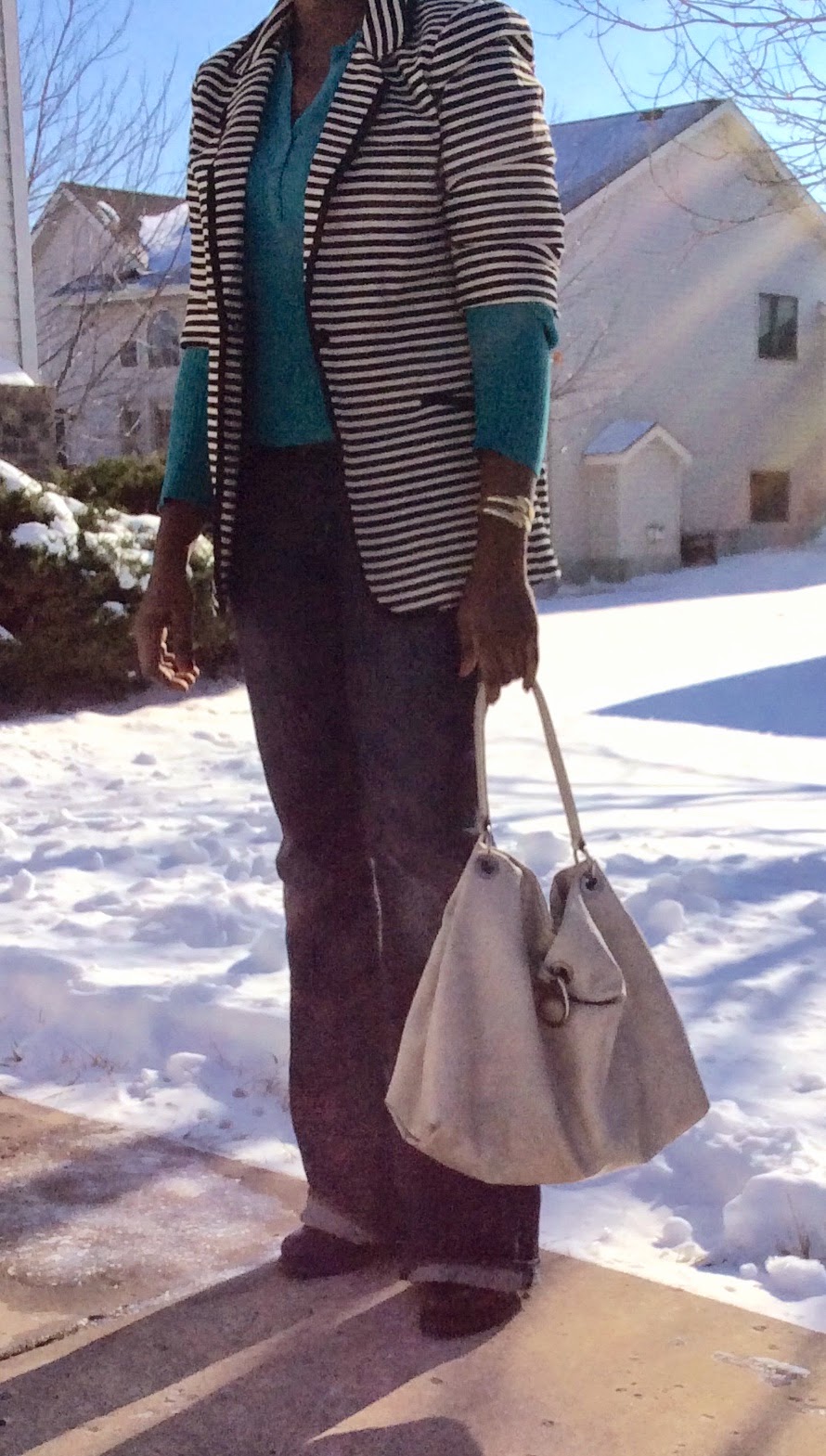 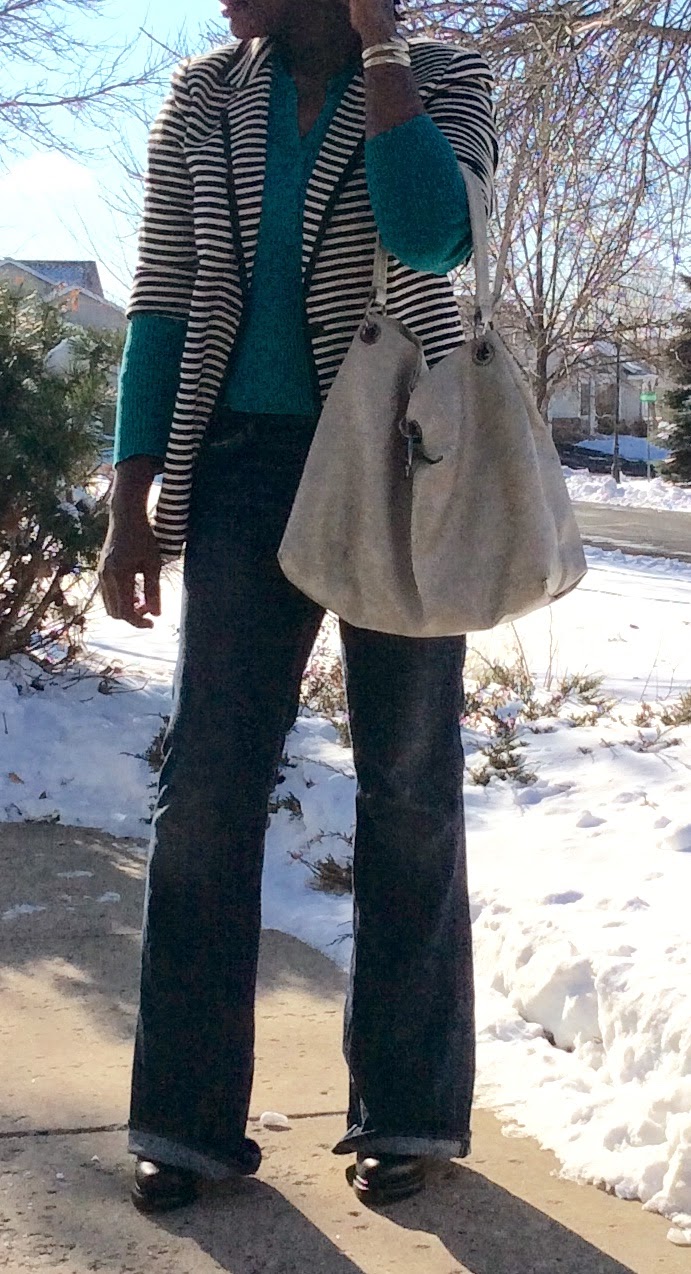 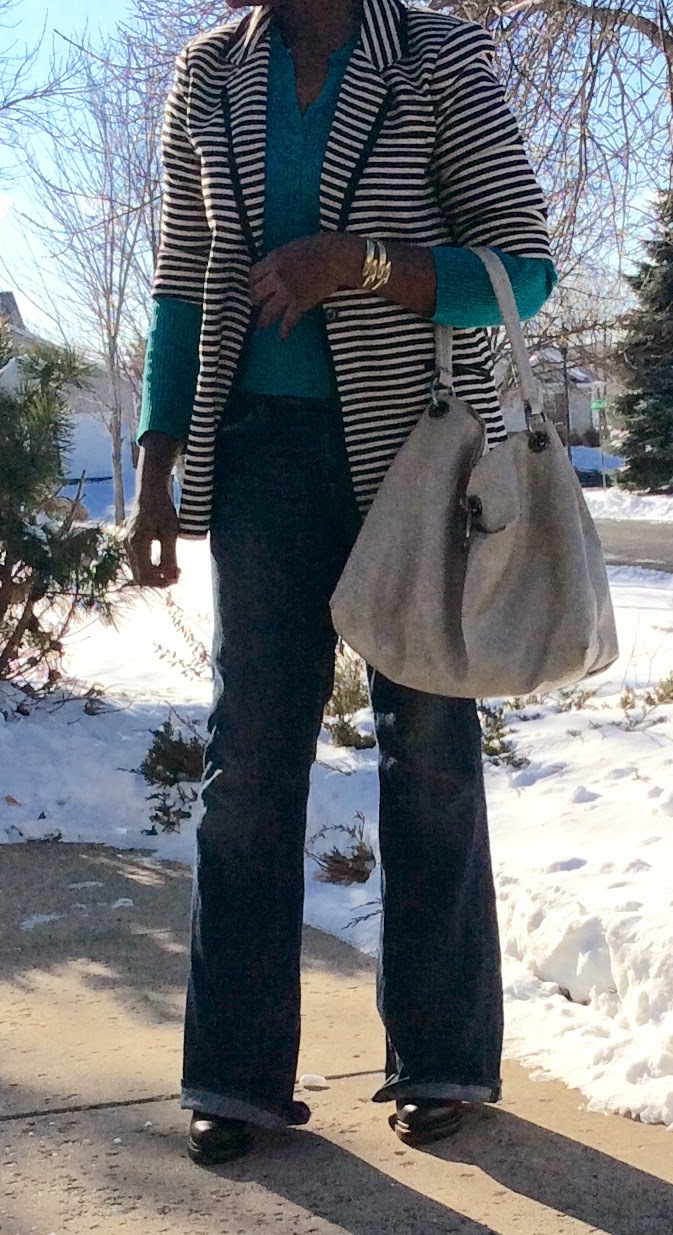 There is so much sunshine now that sun glasses might be needed through out the whole day. I apologize for the shadows in the pic; I couldn't do much editing with my iPad which I used to take the pics; thanks to my three year old daughter.

I was wearing old and trusted items from my closet again...:-).  I have had this stripped blazer for a while now and I'm surprised that it is virtually sold out everywhere. It is such a cool piece that it can go with anything. The old henly ribbed long sleeve tee is from Victorias secret and I have it in a couple other colors; wore a different color in this post here. They are warm and comfy and come in handy during the cold season.

Now it came to pass on a certain day, that he (Jesus) went into a ship with his disciples; and he said unto them, let us go over unto the other side of the lake and they launched forth. But as they sailed, he fell asleep; and there came down a storm of wind on the lake; and they were filled with water and were in jeopardy.

And they came to him, and awoke him, saying, Master, Master, we perish. Then he arose and rebuked the wind and the raging of the water: and they ceased, and there was a calm.

Thanks so much for stopping by