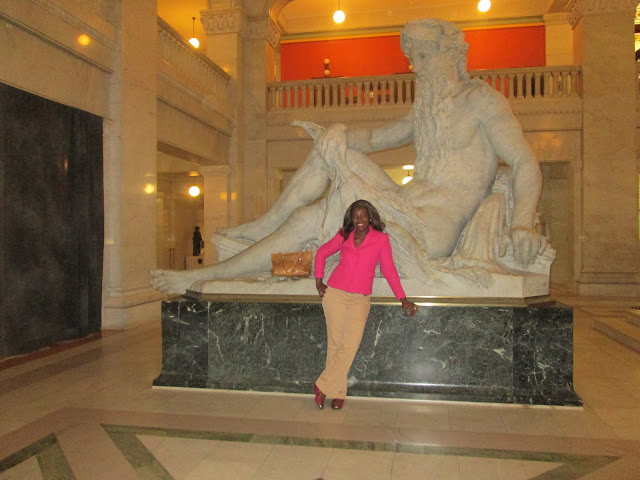 Hi there...:) I hope everyone has had an awesome week and you're all pumped up for the weekend. I have not taken pictures lately because I've been so busy plus the snow is still piled up all around town. Come to think of it, we've had snow on the ground now for over three months and though it's starting to warm up, everyone thinks Spring should be here already!

These pictures were taken months ago by my five year old son when we all took a trip downtown. Living in the suburbs, it's always nice to drive into the city once in a while to join in the hustling and bustling...:) The quality of the pictures are due to my old worn camera and editing could not even do wonders. They've been in my folders for months and I just stumbled on them last night and decided to share.. 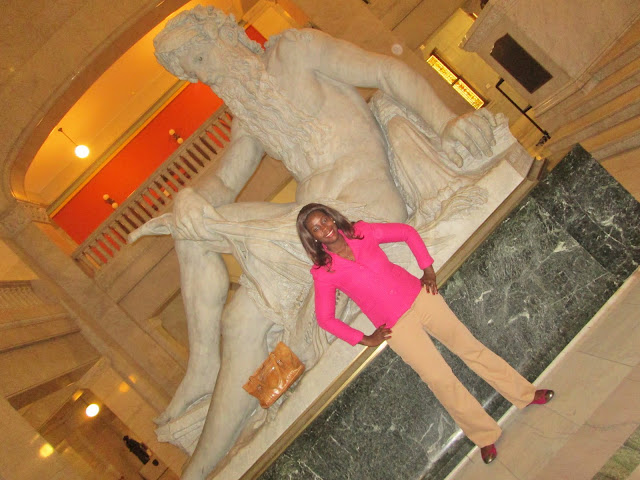 These particular pics were taken at the City center and it's as close to Greece as I have ever gotten. The Greek statute is so huge and cool. Now I'm dreaming of taking a long vacation to Greece or Rome or anywhere in Europe where I can take long walks looking at historical buildings and statutes and sampling exotic cuisine as I go..hmmmm

The weather was a bit nice that day so I didn't put on a lot of layers. My fuchsia jacket is made of thick durable fabric and was just okay for the occasion; previously worn here.  I threw it over a tank top, paired it with a pair of cream pants, slipped on some flats and viola..Note: Flats are a must if you are going anywhere where you plan to take long walks and just explore. Like taking a walk along those busy streets of Rome or Paris or Greece lost among hundreds of other tourists...:) We didn't stop to eat; just drove around town and then stopped over at a friends who treated us to some tasty treats...:) 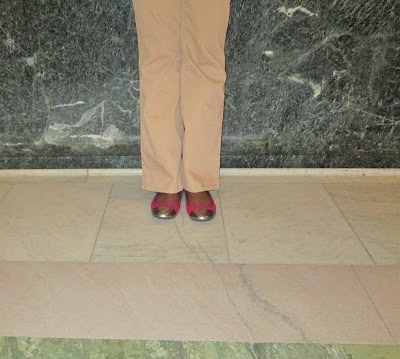 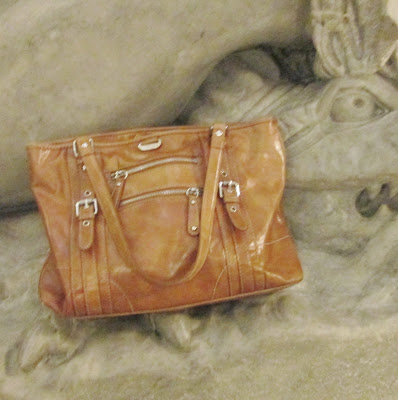 I gave my purse to the Greek statute as a gift at first then, changed my mind and demanded to have it back..:) 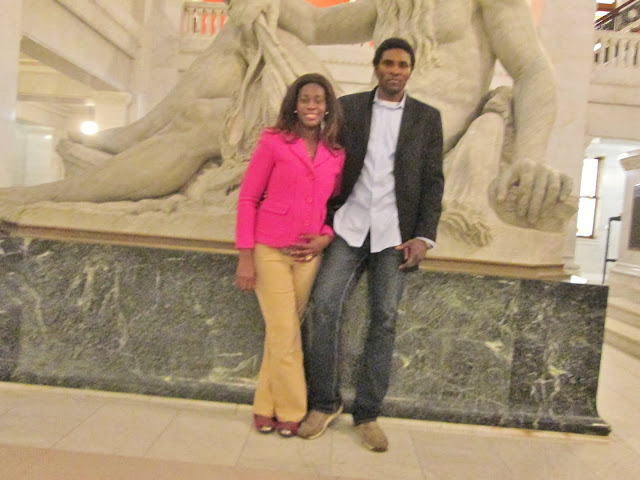 
I want to say thanks to all who stopped by and made comments on my last post. The interaction was so much fun. I'll be stopping by at your blogs too to say hi. As always, I never fail to share a word about my faith.

*Jesus says hi and says he is ever ready to meet you only if you will let him in.*

This Blog is run as a hobby and the blog does not run on affiliate links marketing or commission. All content is published for the readers consumption free of charge and styling inspiration/shopping inspiration links are shared to improve the readers experience on this Fashion Blog and not to solicit sales or profits. There is occasional sponsored posts, collaboration and paid advertising and a disclaimer is shared at the end of the post for readers to see.


If you are interested in a collaborative post, sponsored post or paid advertising on this blog or have any enquiries, send an e-mail to beautysfashionzone@yahoo.com.Thanks so much for reading and leaving your comments and questions. I enjoy reading everyone of them and I always check out new comment links and visit old ones too for follow-up on the blog post conversation.


*Anonymous comments would not be published*